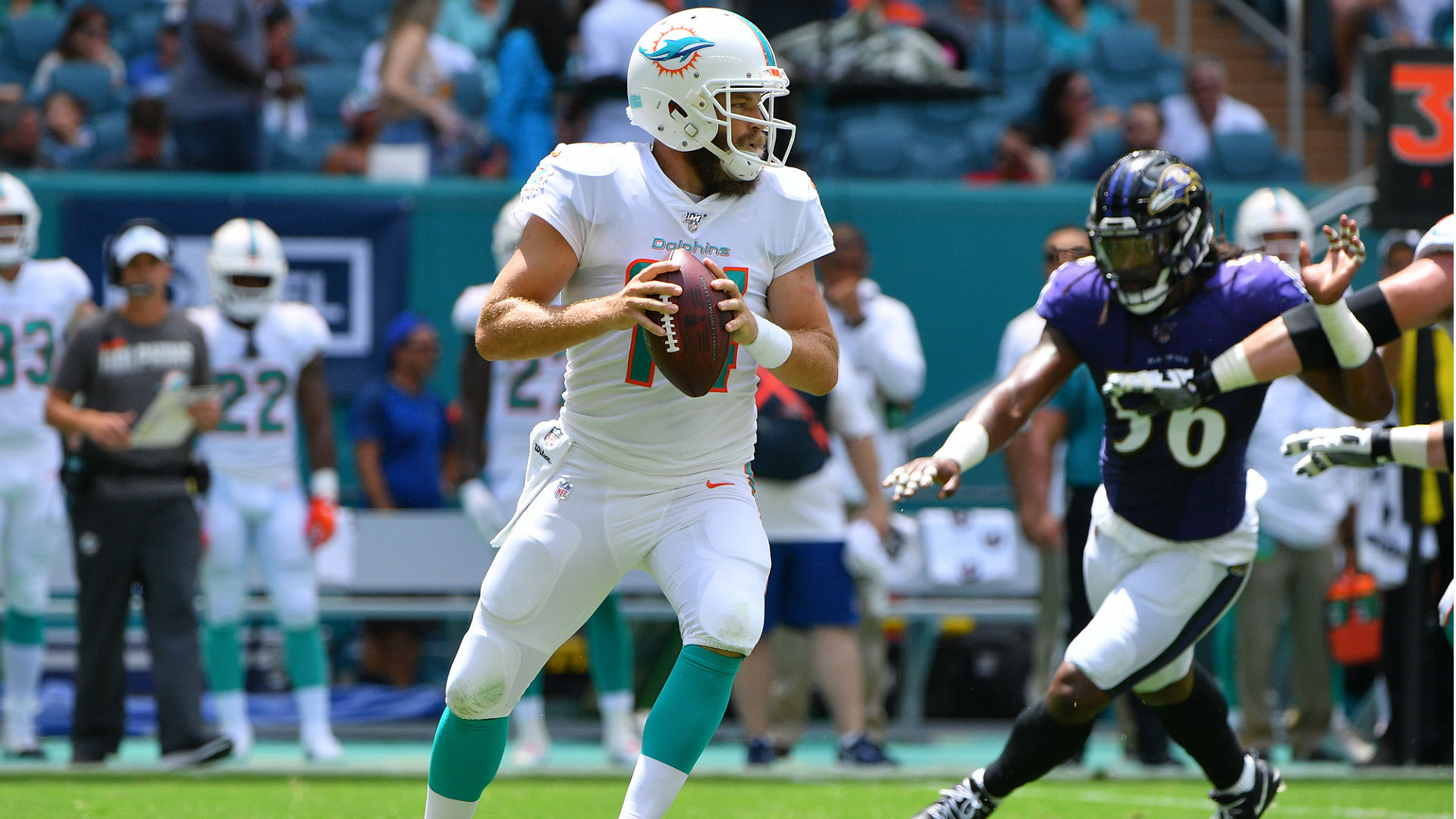 Dolphins' Fitzpatrick on blowout loss: It's never good to be embarrassed like that


Ryan Fitzpatrick said "it's never good to be embarrassed like that" after the Miami Dolphins were humbled 59-10 by the Baltimore Ravens in their NFL opener.

The Dolphins were no match for the Ravens, who took early control, scored touchdowns on their first four drives and cruised to victory at Hard Rock Stadium on Sunday.

Dolphins quarterback Fitzpatrick was asked about the team's performance during his post-game news conference.

"It's never good to be embarrassed like that, especially at this level," Fitzpatrick told reporters. "What we had talked about: nobody is going to feel sorry for you and your situation. That's what happens.

"You go out there and if you don't execute, you're going to get beat bad like that. Obviously we need to play better, which is an understatement."

Fitzpatrick, 36, completed 14 of his 29 passes for 185 yards with a touchdown and an interception in the loss. He was replaced by Josh Rosen late in the game with the outcome already decided.

"Obviously we all had a much different outcome dreamt about in our head of how it was going to go today," Fitzpatrick said. "I think the only thing we can do moving forward is continue to try to string good practices together and continue to keep a positive attitude, and in doing that, hope that the results follow."

"But the good thing is, like I just said, we'll come back tomorrow. We'll make the corrections. We'll try to get this team better on a daily basis, and that's all we can do."