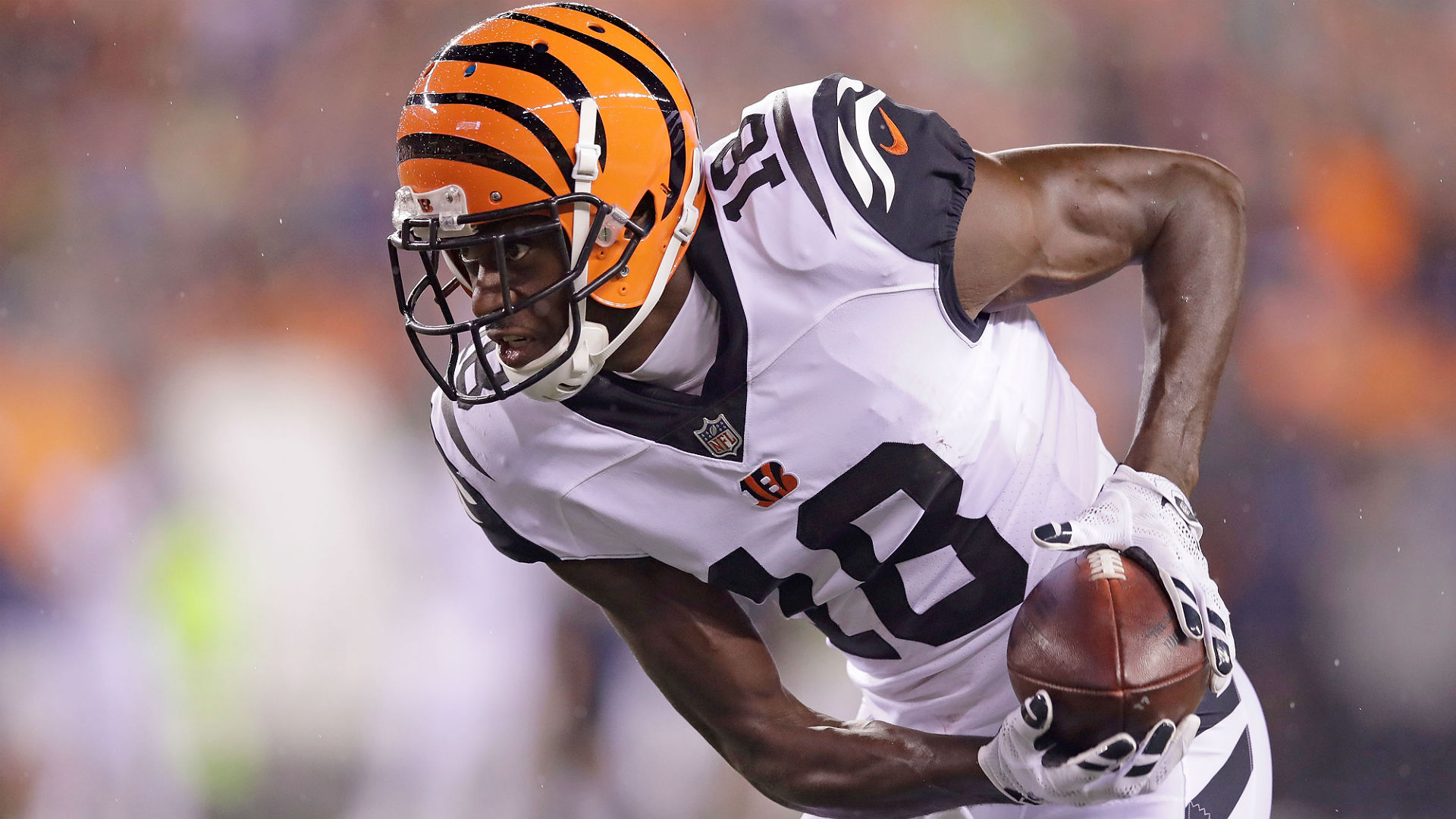 A.J. Green on trade rumours: I'm prepared for anything


Cincinnati Bengals wide receiver A.J. Green is "prepared for anything" amid trade speculation.

Green is yet to feature this season after undergoing ankle surgery in July and is reportedly among a group of players the Bengals are willing to part with after an 0-5 start under first-year coach Zac Taylor.

However, the seven-time Pro Bowler is simply focused on his recovery and intends to roll with punches.

"I tell everybody I haven't heard anything. I don't fantasise about anything like that. I'm just trying to get healthy and go from there," Green told the Bengals' official website.

Green is in the final season of his four-year, $60million contract and Cincinnati are in a rebuilding period, but the 31-year-old does not intend to leave in free agency if he receives a fair extension offer.

"That's just not who I am. I'm loyal to the person who gave me my shot," Green said. "They took care of Larry [Fitzgerald]. He's a [Arizona] Cardinal. No matter how many times they rebuild, he's a Cardinal. He's the only guy still there."

The Bengals will be without Green against the Baltimore Ravens on Sunday, but the wideout could return against the Jacksonville Jaguars in Week 7.