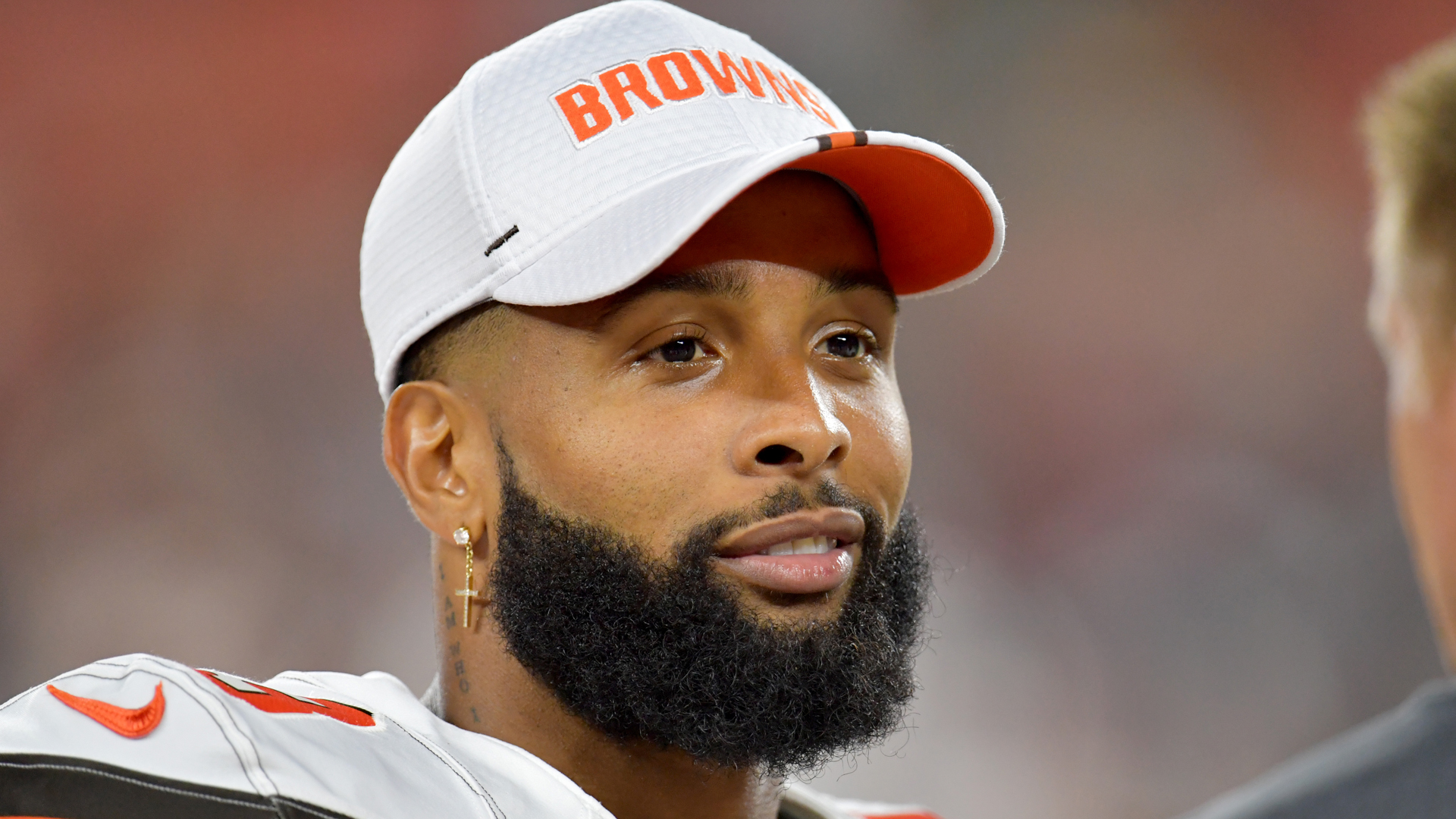 Beckham 'has a little bit of something going on' – Kitchens


Cleveland Browns star Odell Beckham Jr "has a little bit of something going on" after sitting out the team portion of joint practice on Wednesday.

That is according to Browns head coach Freddie Kitchens, who oversaw joint practice with the Indianapolis Colts midweek.

New Browns wide receiver Beckham – who arrived from the New York Giants – is reportedly dealing with a hip injury.

Asked if Beckham is close to practising in team periods, Kitchens told reporters: "He has a little bit of something going on that we expect him back pretty soon."

Pushed on whether Beckham will play against the Colts on Saturday, Kitchens added: "Should I evaluate that question or just answer it for you? We have not decided yet. He probably could play, though."

Beckham joined the Browns via an offseason trade with the Giants in return for first- and second-round picks in the 2019 draft and Jabril Peppers.

Beckham caught 77 passes for 1,052 yards and six touchdowns in 12 games for the Giants last season but missed the final four games of the year after suffering a bruised quad.