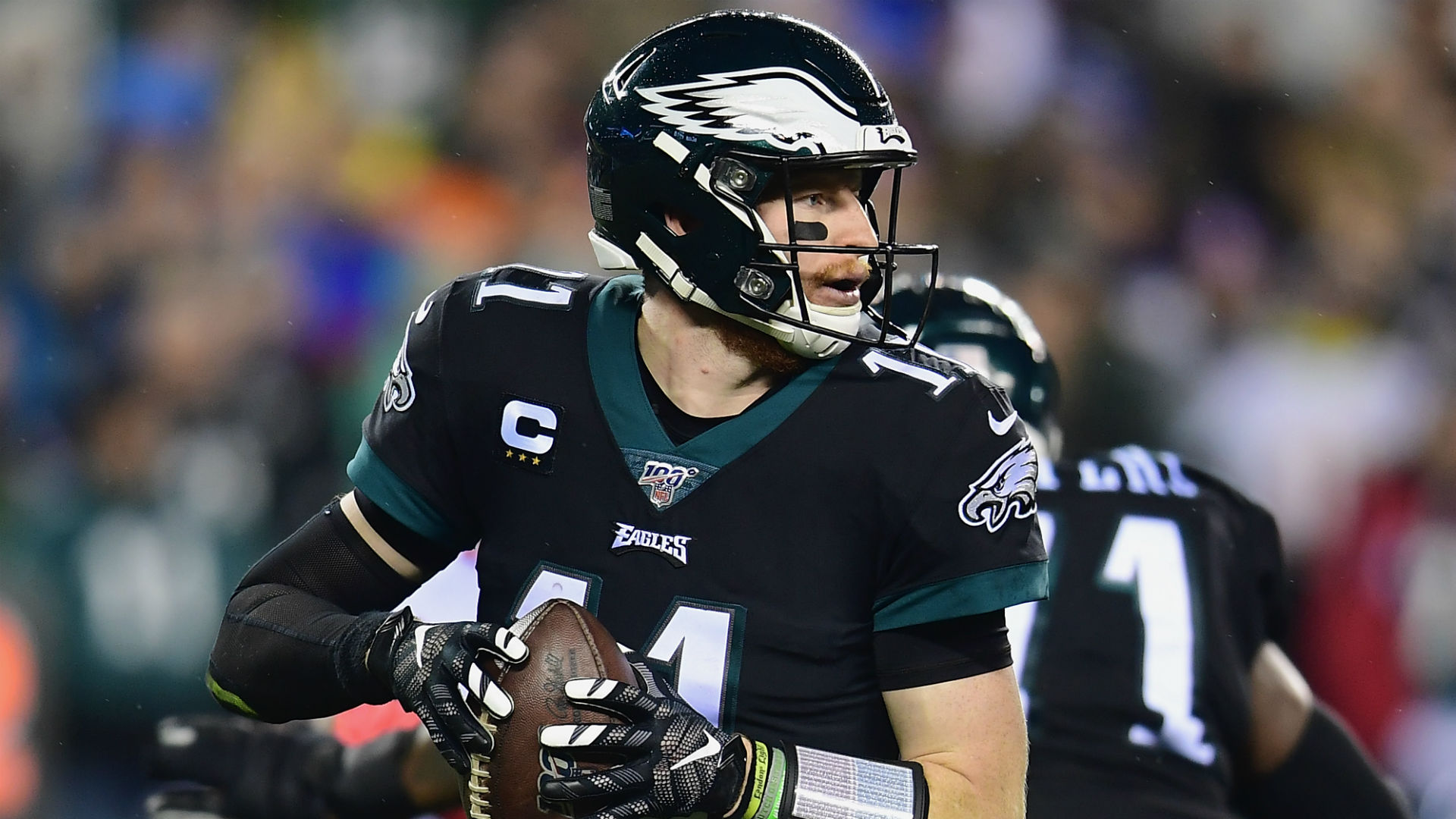 
Carson Wentz believes the Philadelphia Eagles' overtime victory over the New York Giants can prove to be a decisive moment in their season.

Wentz put on a second-half masterclass on Monday as the Eagles overturned a 14-point deficit to win 23-17 and keep their playoff hopes alive.

Zach Ertz was the hero as he caught a two-yard touchdown in OT, snapping a three-game losing streak for the Eagles (6-7).

Doug Pederson's team are now level with the Dallas Cowboys at the top of the NFC East standings, and Wentz is hopeful the Eagles can now kick on as the regular season approaches its conclusion.

"It's huge for us, we realise it was a sloppy game for a while but the way the guys hung tough and stayed together was huge. Guys stepping up and making plays is huge for their confidence and ours as a team," Wentz told a news conference.

"We realised our backs were against the wall. The first half was obviously very ugly, but we stayed together. We said to keep believing, we needed to make a decision which was going to define us. We knew it wasn't the first half.

"That was a rough one and ugly one, but we kept believing. Defence was going to take care of their pace, which they did, and offensively we did enough.

"This is huge for the whole team. To come in after half-time and be where we were, it's a season-on-the-line type thing. I was a little bummed we didn't win it in regulation but to come out in overtime and get the win is huge for me personally and the entire team.

"It's big for me and all these guys. The emotional rollercoaster of the day, realising how poor we were in the first half, it spurred us on in the second and we just kept making plays, I don't think I've had an overtime win, it was a lot of fun."

The Eagles have been rocked by injuries in recent weeks, and fielded makeshift or inexperienced receivers, including Boston Scott, who put in a standout display.

"We've seen what he's done in camp and preseason but his opportunities have been limited throughout the season," Wentz said of Scott.

"To step up the way he did, running between the tackles, outside the tackles, making plays in the screen game and the passing game, he did a great job and he was the little spark plug for us there.

"I'm going to evaluate every play and there's a lot of things I can be better on as well. I just kept trusting the plays, trusting the guys and tried to play fast. I can't say enough good things about the guys who stepped up for us.

"A lot of guys were in positions that we didn't practice this week but that's how it goes sometimes. Not only making the physical plays but mentally being locked in was huge for us."